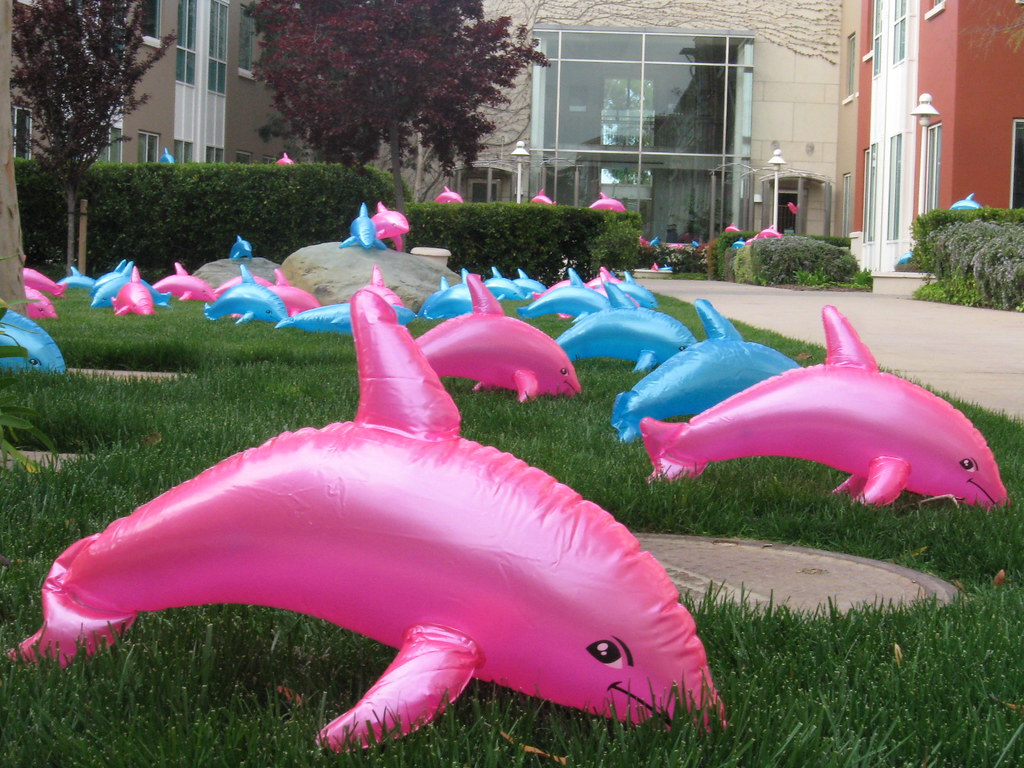 MySQL 8.0 – All The Server Features And Improvements You Need To Know

The world’s most popular open-source database got an improvement with the announcement of the improved MySQL 8.0 back in late 2016. Any database-driven web applications rely on MySQL to function properly and perform. Some popular applications include WordPress, Joomla, Drupal and our very own, Ottomatik.

In this post, we will look at all the new functionalities that came with MySQL 8.0. Going through all the iterations and the latest updates of MySQL would take more than one article. Today, we look at the general functionalities and improvements of MySQL 8.0 across the board.

What You Get As A Developer

MySQL 8.0 has many features that a lot of developers were eagerly waiting for as we’ll see below. The areas of improvement include GIS, regular expressions, SQL, and JSON. UTF8MB4 also features as MySQL 8.0’s default character set enabling developers to store Emojis.

Below are the improved SQL functionalities in MySQL 8.0.

Windowing has been among the coveted feature in MySQL. This function boasts the similarity of the grouped aggregate functions. Windowing allows you to perform some calculation on sets of rows using functions COUNT or SUM.

However, the beauty of windowing is that unlike grouped aggregate which collapses the set of rows into a single row, the window function aggregates each row in the set.

There are two windowing functions – the SQL aggregate function that supports windowing and the specialized window function. Each variation has its own set of functions that a developer can deploy as we see below:

This support for analytic functions has long been requested by MySQL users although they have a long history on SQL.

Another frequently requested feature is the ability to get a temporary result set from a particular query that only lasts as long as a larger query is executing. Common table expressions allow developers to simplify and maintain complex queries by increasing readability. To reduce the complexity of a query, CTEs facilitate the deconstruction of complex queries into simple blocks that can be used multiple times.

CTEs are useful when you want to reference a derived table severally in one query or as a way of creating a view in the database. CTEs also allow you to perform the same calculation repeatedly across compound query components.

In SQL, chances are that you will come across a locking clause once in a while. MySQL 8.0 comes with commands to help you navigate an instance where a table or data set is locked. In the event that a user comes across a locked row as a result of an UPDATE or SELECT … FOR UPDATE, the normal occurrence would be that the user would have to wait for the release of the locked row.

With MySQL 8.0 a NOWAIT locking clause, if a row is locked, the query will automatically return and terminate with an error rather than wait for the row to be released which could take longer than you want.

With the availability of descending indexes for InnoDB in MySQL 8.0, entries can now be stored in descending order for the optimizer to leverage when a descending order query is run. The result is significantly faster execution times.

MySQL server has had support for GROUP BY extension ROLLUP for a long time. However, with the initial GROUP BY, distinguishing whether a NULL represents a super-aggregate value or a regular grouped value was impossible.

Also, an optimizer switch affects the entire query. So what happens when you want to change the behavior of a specific table or query block? Optimizer hints allow you to have more control over the optimizer’s behavior.

By using the table function, you get an evaluation of JSON data mapped into relational rows and columns. Once a result is returned, you can use SQL (join, project, and aggregate) to query it as you would any standard relational table.

Aggregation – combining JSON documents in multiple rows into arrays or objects was an uphill task. With MySQL 8, users can leverage the functions JSON_ARRAYAGG() and JSON_OBJECTAGG() to generate arrays and objects respectively.

For better functionality and performance, MySQL 8 feature improved sorting for JSON thanks to the use of variable length sort keys. The improvement in performance depends on the use case but it is up to 18 times faster.

Last, MySQL 8 allows you to update JSON documents partially. You can do this using the functions JSON_REMOVE(), JSON_SET(), and JSON_REPLACE(). These functions tell the engine that there is no need to write the full document.

Another coveted function that ships with this version of MySQL are geography support. It has support for approximately 5000 spatial reference systems and can calculate distances between two points on the earth correctly. In other words, it understands coordinates – longitude and latitude.

When it comes to datatypes, MySQL 8.0 improves the manipulation of IPV6 and UUID and extends bit-wise operations on binary to reduce the loss of bits.

Reliability in version 8 has been improved because of three factors. The first is the storage of meta-data such as users, privileges, and data dictionary tables in InnoDB, a proven transactional storage engine.

MySQL 8.0 also eliminates the potential for inconsistency by using a single data dictionary. Before, there were two data dictionaries, one for the server layer and the other for InnoDB layer. The two could un-sync causing inconsistencies.

The last feature that has improved reliability is assured crash safe DDL at an atomic level. What this means is that statements are either fully executed or they don’t get executed at all. This reduces the chance s of data-drift as a result of masters and slaves (nodes) getting out of sync.

There is also a new table, variables_info that stores information about configuration variables. The information stored in the table includes the name of the variable, the minimum and maximum values, the origin of the current value, the identity of the user who made the change, and when the change was made.

To help keep tabs on your database’s performance, you also have access to client error reports. Available statistics are separated in 5 tables namely summary per count, summary per user, summary per host, global count, and summary per thread. Each error messages reports the total number of errors raised, how many errors the SQL exception handler handled, and the time stamps for first and last seen.

A user with the right privileges can SELECT from the client error report tables or TRUNCATE to reset the statistics.

Under manageability, index visibility is another nifty feature in MySQL 8.0 is the ability to toggle the visibility of indexes to either visible or invisible. When you toggle an index to be invisible, the optimizer ignores it when making a query execution plan. However, the index is still available in the background and making it visible again is easy.

The feature that allows toggling indexes from visible to invisible and vice versa allows DBA’s and Dev Ops to determine whether they can drop an index or not. By monitoring the performance of a query after turning an index to invisible, you can decide to remove the index if the query does not suffer performance wise.

This is one of the features that users have been hoping to see for a long time.

Other manageability functionalities that ships with MySQL 8.0 include:

There is also support for the popularly requested OpenSSL in the community edition of MySQL 8.0. The new version also restricts the reuse of passwords with a password rotation policy. Additionally, brute force attacks on consecutive failed login attempts will be slowed by a delay in the authentication.

MySQL 8.0 improves performance for read/write, IO, and high contention (hot spot) workloads. Now, you can scale Read/Write workloads without affecting performance thanks to improved hardware deployment. In the new version, InnoDB writes to the REDO log without experiencing locks in user threads. Instead, flushing and writing on the REDO log are now dedicated to threads in the background, making the REDO process an event-driven one.

With the phasing out of the global lock fil_system_mutex, the new version of MySQL facilitates optimal usage of every storage device.

For the end user, this results in efficient hardware use thanks to the reduced need for spare capacity and the systems higher average loads.

Finalizing the performance features is the ability to map users/system threads and CPUs. By splitting the workloads across different CPUs, DBAs can enjoy better performance and system efficiency.

There are even more features and performance improvements of MySQL 8.0 than we have covered in this post. The bottom line is that for you as a DBA or Dev Op, you get more control over the whole system with MYSQL 8.0.

You can enjoy and deploy these features by migrating your server to the new version. Before doing so, make sure to use the Upgrade checker to evaluate the compatibility of your existing 5.7 server with the new 8.0. 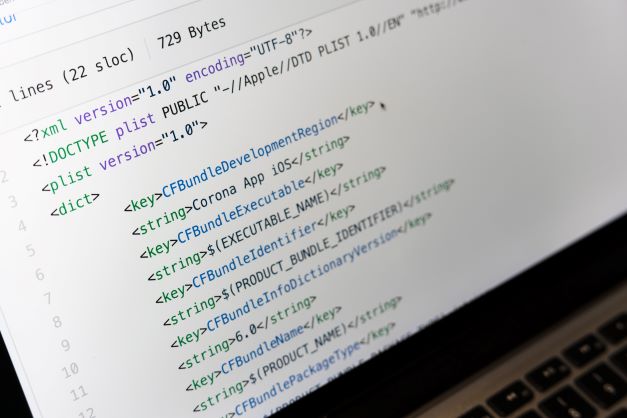